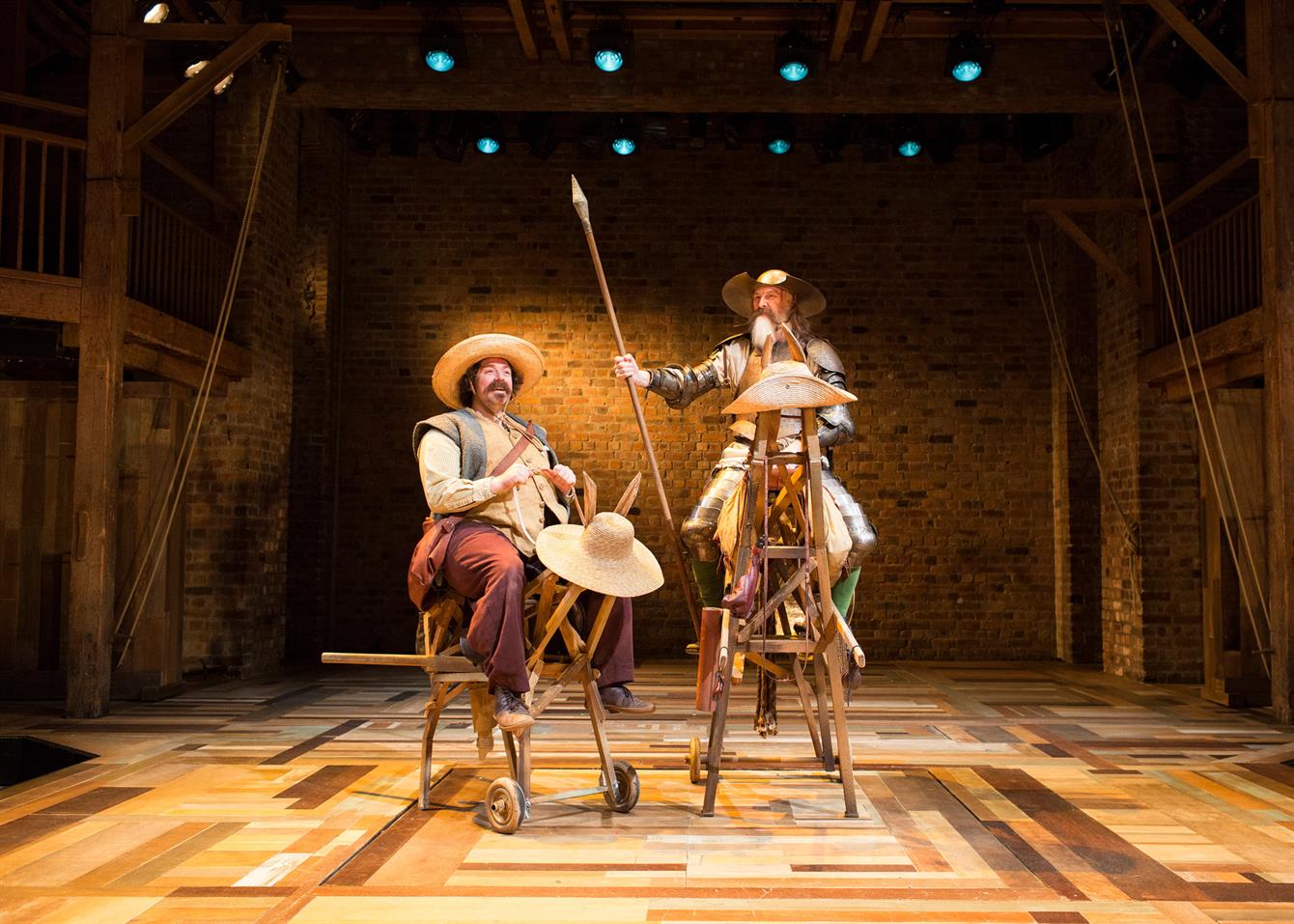 Somewhere in La Mancha, in a place whose name I do not care to remember… Do you recognise this sentence? Hint: it is the first sentence of the most outstanding piece of work of Spanish literature (and one of the greatest works of literature ever written!). Don Quixote by Miguel de Cervantes, of course! The famous novel arrives at London theatres adapted by James Fenton and performed by David Threlfall as Don Quixote and Rufus Hound as Sancho Panza. The play will be performed in English and can be enjoyed until Saturday, 2nd February 2019, at the Garrick Theatre. 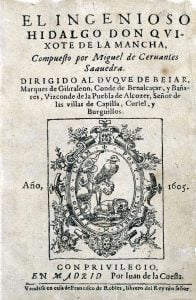 Don Quixote, which is actually titled The Ingenious Nobleman Sir Quixote of La Mancha (in Spanish, El Ingenioso Hidalgo Don Quijote de la Mancha), is the story of a poor nobleman from the region of La Mancha who loses his sanity reading chivalric romances and heads off on a rumbustious quest to become a wandering knight.

Taking up a lance and sword, Don Quixote sets out on a hilarious journey across medieval Spain, defending the helpless and vanquishing the wicked accompanied by his faithful and equally ill-suited servant Sancho Panza. One of the most famous passages in Cervantes’ masterpiece is Don Quixote’s attack on windmills that he believes to be ferocious giants.

Just then, they discovered thirty or forty windmills in that plain, and as soon as Don Quixote saw them he said to his squire, “Fortune is arranging matters for us better than we could have shaped our desires ourselves, for look there, friend Sancho Panza, where thirty or more monstrous giants present themselves, all of whom I mean to engage in battle and slay, and with whose spoils we shall begin to make our fortunes; for this is righteous warfare, and it is God’s good service to sweep so evil a breed from off the face of the earth.”

“Those thou seest there,” answered his master, “with the long arms, and some have them nearly two leagues long.”

“Look, your worship,” said Sancho; “what we see there are not giants but windmills, and what seem to be their arms are the sails that turned by the wind make the millstone go.”

“It is easy to see,” replied Don Quixote, “that thou art not used to this business of adventures; those are giants; and if thou art afraid, away with thee out of this and betake thyself to prayer while I engage them in a fierce and unequal combat.”

So saying, he gave the spur to his steed Rocinante, heedless of the cries his squire Sancho sent after him, warning him that most certainly they were windmills and not giants he was going to attack.

Cervantes’ Don Quixote, published in 1605, is a founding work of modern Western literature and the earliest canonical novel. It is considered the “best literary work ever written”, and it tops the list of the greatest works of fiction ever published, which was voted for by one hundred writers from fifty-four different countries. 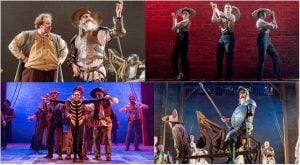 The play, directed by Angus Jackson, had a sell-out run at the Swan Theatre in Stratford-upon-Avon in 2016 to mark the 400th anniversary of Cervantes’ death. Now, the Royal Shakespeare Company’s joyous production of this legendary comic novel comes to London told by a company of 20 actors accompanied by a band of live musicians.

Interested? You can read more about the show and buy your tickets here.