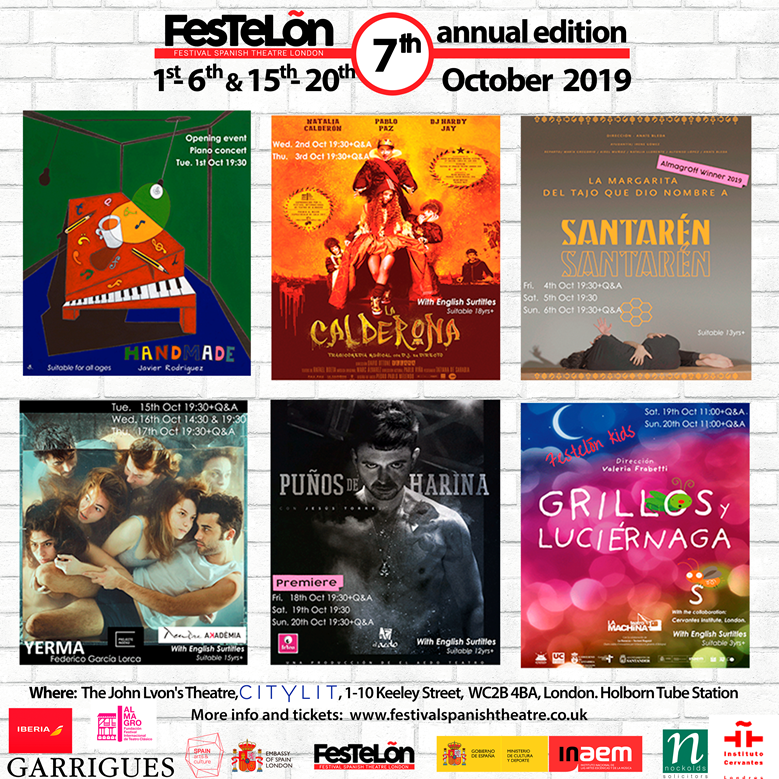 Festelón, the Festival of Spanish Theatre of London is finally back! Festelón is an independent initiative that every year brings Spanish theatre companies to London to perform in Spanish with English surtitles. This year, the festival will be held at City Lit – Holborn from the 1st to the 19th October. ¿Te lo vas a perder?

For their 7th edition, Festelón have a wonderful programme to promote Spanish theatre, both classic and contemporary, that includes 4 adult plays and one play for children, as well as Q&A after many of the shows, workshops and talks: 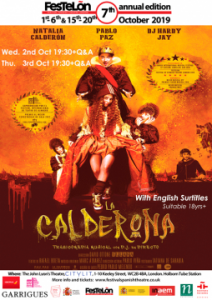 María Inés Calderón, better known as La Calderona, was one of the most important actresses on the 17th century Spanish stage, as well as the most controversial of Philip IV’s lovers and the mother of John Joseph of Austria, who Philip would later acknowledge as his bastard son.

How did a young girl abandoned in a doorway become none other than the King’s favourite, in a Spain where being a woman and a bastard was the same as being nothing? 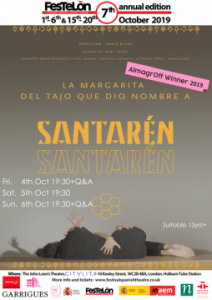 The play is set in Nabancia, an ancient Portuguese city. Britaldo, a nobleman, is due to marry Rosimunda. On their wedding Britaldo comes across Irene, a novice nun who is on her way to join the choir, and immediately falls passionately in love with her, plunging him into a deep depression.

This riotous, tragicomic adaptation of the religious comedy by Ángela de Acevedo, a Portuguese playwright who lived in the 17th century, drags its protagonists along paths of adultery, sacrilege, calumny and crime. 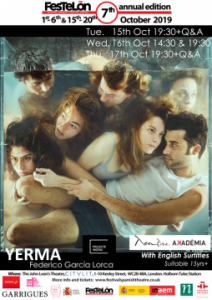 Yerma is a classic by the Spanish dramatist Federico García Lorca written in 1934. Described by the author as a “tragic poem”, the play tells the story of a childless woman living in rural Spain.

This is a contemporary staging of the play, reflecting on fertility in the modern day: “Are we infertile? Is the world we live in infertile? Is there the slightest possibility of making the times we live in and our world fertile? And if there is, will we want it enough that any good may come of it?” 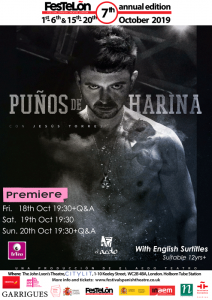 This solo performance is a reflection on racism, homophobia, violence and masculinity: “What is violence? What does being a man actually mean? What does it mean to behave “like a real man”?”

Using the structure of a boxing match, the monologue presents two stories in parallel, in ten rounds, and reflects on how some men struggle to meet the ideal concept of a what it is to be a “real man”, in an environment which rejects them because of their race or their sexual orientation.