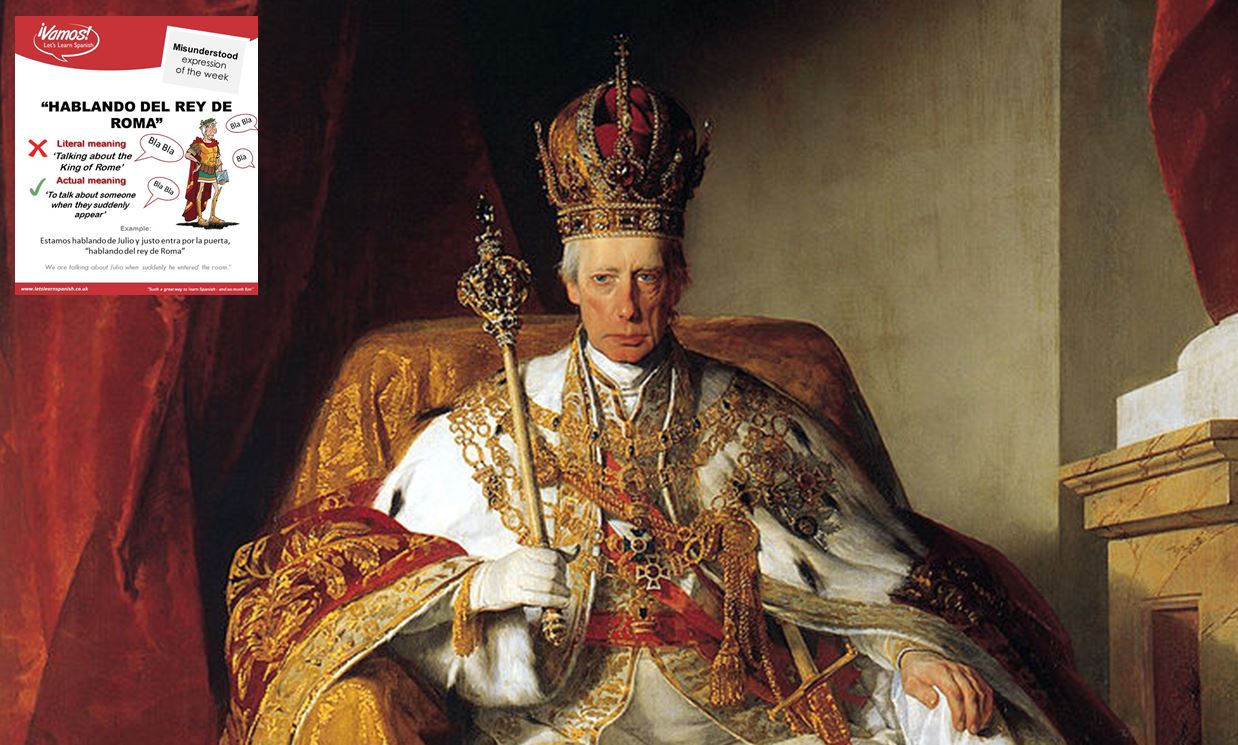 Let’s learn about the origin of this expression…

The original phrase, which was “Hablando del Ruin de Roma”, appeared in the 14th century. 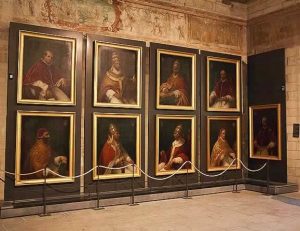 Some say that the word “ruin”, which means ‘contemptible’, ‘despicable’, or ‘mean’, was used to refer to the Pope during the period known as the Avignon Papacy (1309-1376). During this period, seven successive popes resided in Avignon (then part of the Holy Roman Empire, now in France) rather than in Rome due to the conflict between the papacy and the French crown.

Others believe that ‘ruin’ was simply used to refer to someone who would seek to surprise other people talking about him in order to make them pay the consequences.

Over time, the term ‘ruin’ was replaced with “rey” – which means ‘king’ and is the word used in the expression now-a-days. Note that we say ‘rey’ (king) and not ‘reina’ (queen) even when the phrase is used in reference to a woman.

Similar expressions exist in other languages and cultures. However, they often invoke the Devil, rather than the King. This is because, in the Middle Ages, this proverb was a superstitious prohibition against speaking directly of the Devil. Indeed, this was considered to incite the Devil to appear, generally with terrible consequences.

In some cultures, the term ‘king’ is replaced by ‘wolf’. This is mainly the case in Romance languages, such as French, and it derives from the Latin proverb “lupus in fabula” (literally, “the wolf in the story”).

French: “Quand on parle du loup, on en voit la queue”, which translates to “When one speaks of the wolf, one sees its tail”.

Italian: “Si parla del diavolo e spuntano le corna”, which means “Speak of the devil and the horns will appear.”

Even in Spain, different regions use slightly different phrases to express this idea. For instance, in Catalonia, people use the rhyme “No es pot dir mal que no surti l’animal” (in Catalan), meaning “You can’t speak evil [of someone] without the animal turning up”.

Do you know how to say this in any other language? Let us know by leaving a comment below! 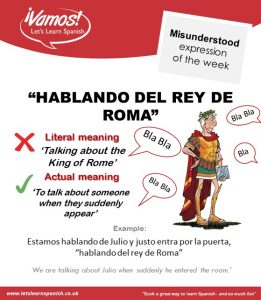