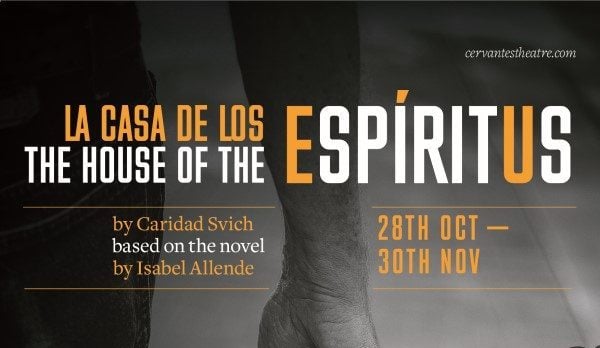 La Casa de los Espíritus (in English, The House of the Spirits) was the first novel ever written by Isabel Allende. After being rejected by several Spanish-language publishers, it was finally published in Buenos Aires in 1982 and became an instant bestseller. The novel was critically acclaimed, earning Best Novel of the Year in Chile, and it catapulted Allende to literary stardom.

La Casa de los Espíritus follows the life of the Trueba family, spanning four generations, and tracing the post-colonial social and political upheavals of Chile – although the country’s name is never explicitly given. When the novel first appeared on the international literary scene, it was heralded as a feminist response to Gabriel García Marquez’s One Hundred Years of Solitude.

Allende’s novel was adapted into a film in 1993 and later received a theatrical adaptation by Caridad Svich. “I realized Caridad had captured the spirit of the book, the story of a country reflected through a family… I love that” said Allende about Svich’s theatrical adaptation, which received the 2011 American Theatre Critics Association Primus Prize.

Charting the rise and fall of the Trueba family in an un-named Latin American country (reminiscent of Chile), Caridad Svich’s play spans the 1920s through the 1970s, as the country moves through enormous sociopolitical changes that culminate in a devastating dictatorship. The play is told from the sensorial point of view of the youngest of three generation of women, Alba, who is held as the play opens, in a torture room by the government. The swirling memories, frightening and amusing, lyrical and fantastic, illuminate the stage as Alba records her family’s history and ultimately finds the strength to recover her own story.

¿Te interesa? Read more about the play and buy your tickets here.