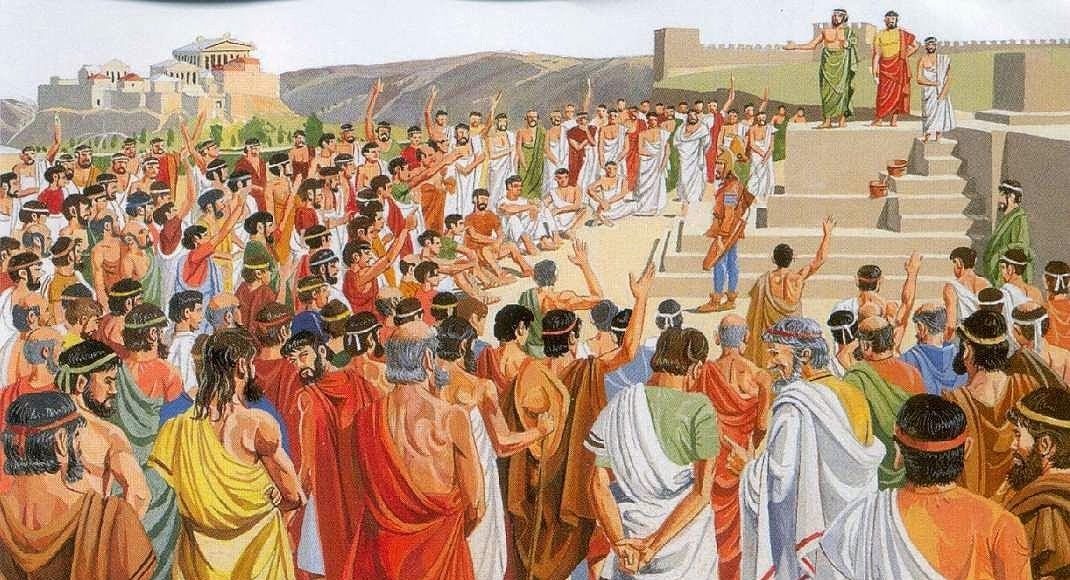 “Montar un pollo” means, literally, ‘to ride a chicken‘, so the expression can seem quite surprising at first (to say the least). As it turns out, “montar un pollo” is actually a widely-used idiom meaning ‘to make a scene‘. For instance, “Mi profesora ha montado un pollo porque he llegado tarde a clase” translates as ‘My teacher made a scene because I was late to class’. 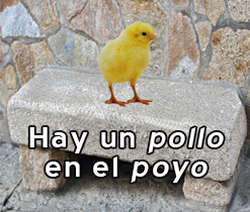 This unusual idiom actually derives from “montar un poyo“. A “poyo”, with Y, is a stone bench that could usually be found by the front door of a house in Spanish villages back in the 19th century (please see beside a pollo on a poyo). “Poyo” itself comes from the latin word podium, which was a platform on which orators would stand to deliver sermons and public speeches.

If you have ever been to Speakers’ Corner in Hyde Park you will know that public speeches and discussions can often turn into heated arguments. This has probably been the case ever since humanity started debating politics and philosophy (and that was a long time ago), and it points to the possible origin of our Misunderstood Expression of the Week.

Now, imagine you lived in the 19th century and were very upset because your son came home drunk at 2am and woke everyone up. Or your girlfriend forgot your anniversary. Or your flatmates dediced not to tidy up again. A possible reaction would be to stand on the stone bench by your house and start shouting at everyone passing by how angry you are – or, effectively, montar un poyo.

Somehow, the stone bench (poyo) eventually became a chicken (pollo), and gave rise to the funny expression that Spaniards use nowadays!

Can you think of a sentence using “montar un pollo“? Let us know in the comments below! 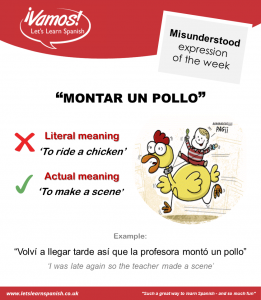