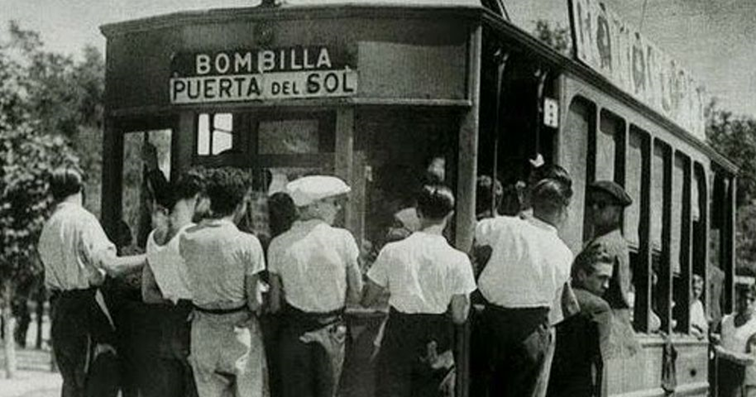 This week’s misunderstood expression is “ser más chulo que un ocho“, meaning, literally, ‘to be cooler than an eight’. The actual meaning, however, is ‘to be a show-off’. I know what you are thinking: why would number 8 (in Spanish, ocho) be related to being cool… or a show-off? Keep reading to find out! 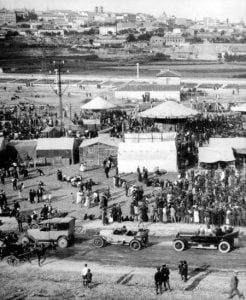 To understand this expression, we first need to understand the meaning of chulo. Chulo (or chula) is an adjective that, in Spain, can mean ‘cool’, ‘cute’ or ‘beautiful’. For instance, we could say “Tu camiseta es muy chula“. The noun chulo/a has a different meaning. In Spain, “un chulo” is someone ‘that acts or speaks defiantly or with insolence and a certain grace‘ (but be careful, chulo has a different meaning in some Latin American countries and can also mean ‘pimp’ in some contexts!). A chulapo or chulapa, on the other hand, is someone from a traditional neighbourhood in Madrid.

The expression “ser más chulo que un ocho” has its origin in 19th century Madrid, the capital of Spain – and is related to the tram (or tramway) lines in this city. Every 15th of May, locals from the capital dressed in the typical costume of chulapos and chulapas (see the picture below!) to celebrate the festival of San Isidro Labrador, patron of the town of Madrid. 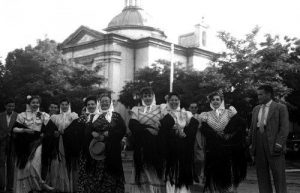 This festival was celebrated in the ermita de San Isidro, a small church where madrileños (that is, people from Madrid) went to pray and then celebrated the famous festival of San Isidro where there were dances and traditional meals. The means of transport used to get to this place was line 8 of the tram. 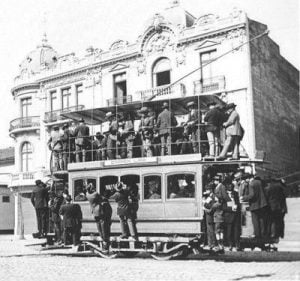 People who lived in the area of the Manzanares, between Madrid and the ermita, saw passing “number 8” trams full of Madrid locals all dressed-up in their typical costumes, and they started using the expression “ser más chulo que un ocho” with a certain irony to imply that nothing could be more chulo than a streetcar full of chulapos and chulapas.

With time, the expression became common all around Spain. Today, it is used to refer to someone who behaves with a certain insolence and/or likes showing off – and has reasons to do so!