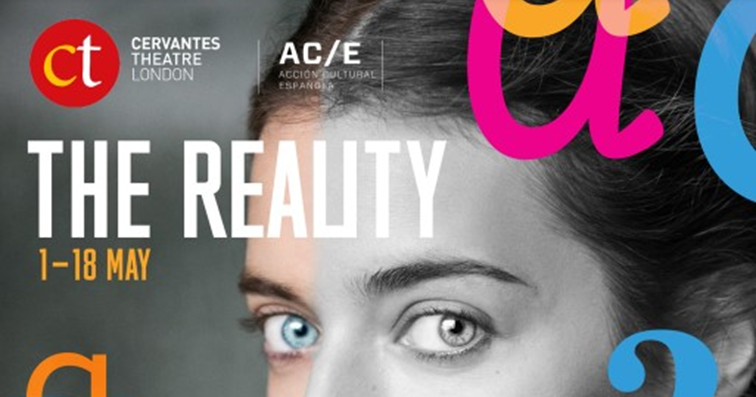 Cervantes Theatre’s third annual New Spanish Playwriting season has launched this month, and it is full of great opportunities for you to continue learning Spanish while you discover Spanish culture. First up, The Reality (in Spanish, La Realidad), written by Denise Despeyroux and translated by Sarah Maitland. Performances will be in English and Spanish until the 18th of May.

The Reality tells the story of two twin sisters who attempt an awkward exercise of pretending to be someone else, taking them close to the line that separates good and evil; the love of life and destruction; lucidity and madness. It is a powerful and inspiring play that explores questions such as: What do you do to pose as someone inside of you? Can you love the living in the same way that you have love for the dead? Is darkness hindered by light?

Denise Despeyroux was born in Montevideo, Uruguay, in 1974, but in recent years she has become one of the best-known playwrights in Spain, where she has lived since she was a child. She has had more than ten works premiered in theatrical venues in Madrid, Barcelona, Buenos Aires and Montevideo, and she has won several awards and recognitions, such as the 2005 Federico García Lorca Award for her first adaptation. Her pieces, she says, usually contain “ridiculous and imaginative” plots.

“I like the idea of the playwright as a demiurge of other possible worlds, with their own laws, but other worlds which simultaneously help us to delve into the mysteries of this world that we have been given. […] This is precisely what is sought by a playwright: that which you are unable to grasp and which slips away. They seek this in a situation, in a corner of the soul, in a dream, in everything that can be used to construct the concept we refer to as “reality”” reads her autobiography.

Her play The Reality has been described as “a gift for both the mind and the soul of the spectator” and as “one of these exquisite jewels which appear every now and then in the theatrical landscape”. Performances will be in Spanish on Wednesdays and Thursdays and in English on Fridays and Saturdays.

¿Te interesa? Read more about the play and buy your tickets here.

"I started studying Spanish with Vamos from scratch at level 1, and am just about to finish level 8 with no plans to stop any time soon! I’m so pleased I did, it’s been a fantastic experience…"
Hannah Rickman