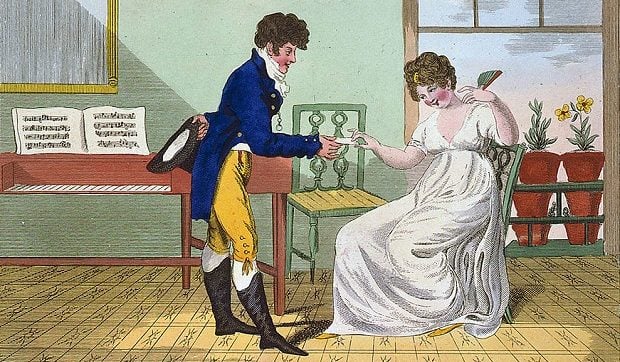 “Tirar los tejos” is a colloquial expression meaning, literally, ‘to throw the roof tiles (at someone)‘. Surprisingly, the real meaning is actually ‘to flirt with someone‘. You may be thinking that throwing roof tiles at someone is maybe not the best way of flirting, but this idiom actually comes from a very special type of flirting involving… Well, yes: roof tiles. 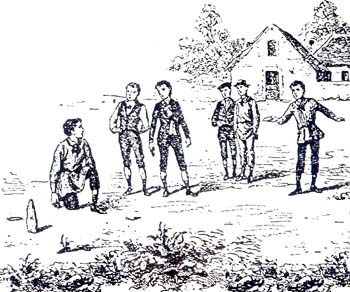 The origin of this expression seems to come from an old game called ’tile’ (in Spanish, tejo) that involved throwing a piece of tile against a wooden stick stuck in the ground at some distance in order to knock it down.

Young men used to play this game in parks and squares with pieces of tile that had fallen off the roof of surrounding houses, while girls stood or sat around to watch them. When one of the guys playing ’tile’ liked a girl, he “accidentally” threw the piece of tile near her in order to approach her with the excuse of picking up the tile and start a conversation. Lovely, right?

The expression eventually became very common, and it is still used nowadays… Although I do not suggest that you start throwing roof tiles at women or men that you like – even in Spain!