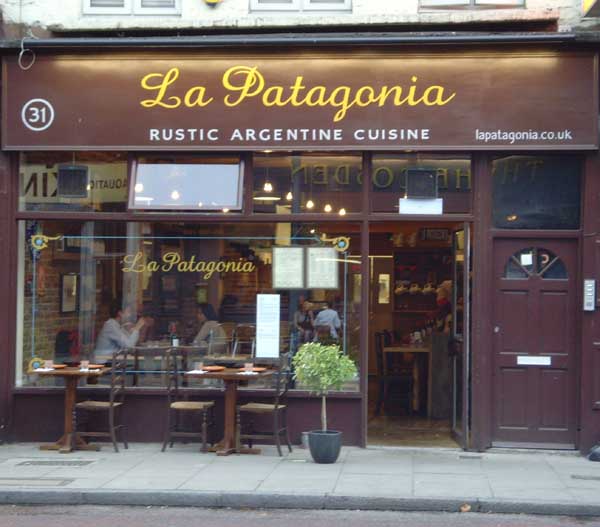 You may already know one or two of the many Hispanic restaurants London has to offer, but what about venturing into your own cooking experience?

Coming from Argentina, I couldn’t stop myself writing about ‘empanadas’, a traditional dish in South America, Spain and Portugal that first appeared in medieval Iberia during the time of the Moorish invasions.

Since then empanadas have travelled along the world to become part of many cultures. The name comes from the Spanish verb ‘empanar’, meaning to wrap or coat in bread. Empanadas can be great as part of a ‘tapas’ meal or served as snacks/appetizers with a dipping sauce like ‘chimichurri’. In fact in Buenos Aires no Saturday evening is complete without pizza and empanadas! 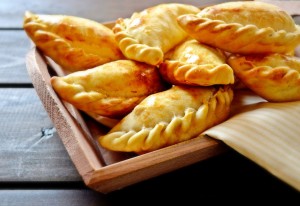 Which one shall we try?

The empanada filling is as limited as your own creativity. Every region has its own traditional recipe and it consist primarily of beef, but they may also contain ham and cheese, chicken, fish, humita (sweetcorn with white sauce) or spinach.

A fruit filling is used to create a dessert empanada and in restaurants where several types are served, a ‘repulgue’ or pattern is added to the pastry fold which distinguishes the filling.

While empanadas are usually baked, they can also be fried (my favourites)!

Beef empanadas are the most traditional type and I challenge you to try my mum’s recipe (see below!), which consists mainly of beef, onions, olives, chopped eggs and most importantly lot of love!!! 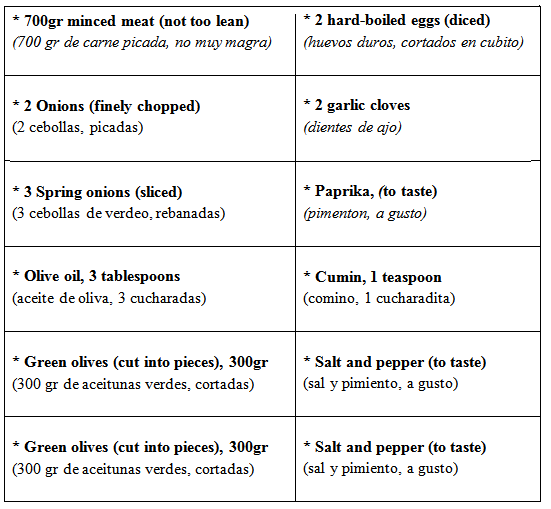 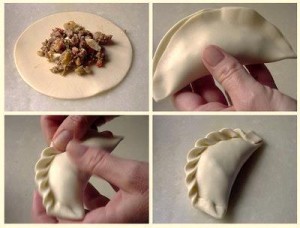 But just in case you don’t feel like cooking and want to enjoy some delicious empanadas in an amazing Argentinian restaurant instead, then I recommend you go to ‘La Patagonia’ in Camden where you can find empanadas and other great Argentinian dishes as well!

And if you do decide to go, then email Rosie first because we can send you a 10% discount voucher 🙂 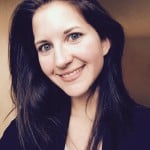 іHola! I'm Andi from Buenos Aires, Argentina! Teaching is what I love and I worked for several language schools in Argentina before joining Vamos in August 2012. Since then my role has grown and I am now one of the school's academic managers.

"I started studying Spanish with Vamos from scratch at level 1, and am just about to finish level 8 with no plans to stop any time soon! I’m so pleased I did, it’s been a fantastic experience…"
Hannah Rickman