It looks like many of you are following the World Cup because unless it’s a coincidence during the last two weeks our course attendances are lower than usual. Remember that you can record your matches!

As you probably follow Alberto’s amazing blogs, this World Cup started with a record of 8 teams from Spanish Speaking countries. At Vamos we support all of them but I have to say that our favourite one is Spain. It probably helps that’s where most of the teachers come.

At the end of stage group we still have 5 teams: Argentina, Uruguay, Colombia, México y España. Panamá, Perú and Costa Rica were knocked out, but they left the competition with a good mood because they played very well. Perú won their first World Cup match since 1978 and Panamá scored against England their first World Cup goal ever. 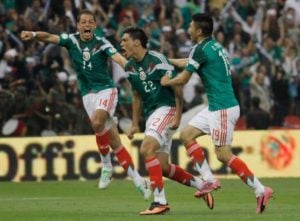 México is one of the World cup positive surprises because they played attacking football in their first two matches, even beating the former champion, Germany (which surprisingly they are out as well). Uruguay as usual, plays a very simple defensive football, but they qualified first in their group without a problem and now they will play against Ronaldo’s Portugal.

The biggest disappointing in the World Cup is the lack of good football from some favourite teams, such as Spain, Argentina, Germany, Brazil and France.

As you read in Alberto’s blogs, Spain is playing very poorly. We could only draw against Morocco, scoring a last minute goal, but we deserved to lose. During the World cup qualifying matches we played beautiful attacking football, but suddenly it looks like we forgot how to play football and we only won by one goal to Irán and drew with Portugal and Morocco.

There is a big debate in Spain: people 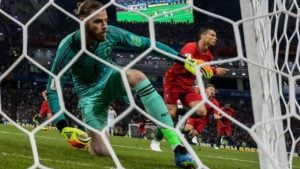 and press are pushing the coach to make some changes in the next match against Russia. The most wanted change is Kepa (young goalkeeper) replacing De Gea (Manchester United star) who looked very nervous during the games and made some important mistakes. Other changes suggested are Koke for Tiago (more defensive system) and Asensio or Aspas for Silva. Hopefully with those changes we can beat Russia on Sunday, but let’s hope Putin doesn’t play his tricks…. 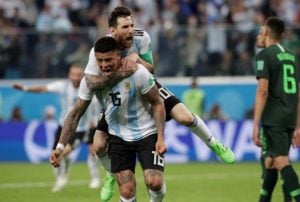 Argentina is another story. One of the favourites in all betting companies, but with a big lack of football. They have in their team the best football player of the history, Lionel Messi but they lack quality players in the midfield to produce good football. At the end of the second fixture in group stage they were almost knocked out but luckily three miracles happened: Iceland lost two matches and Argentina beat Nigeria with an 88th minute goal from defender Marcos Rojo. In the end, they qualified, but they will play against one of the favourites, France.

And the last lines for England, finally they seem a team with great ideas, fresh football, new footballers and a good coach. Their first two matches played very well and now is time to show everybody that they can be also competitive in the last stage of the competition. In my opinion, it was not that bad to lose against Belgium because that means they will have easier matches assuming they beat Colombia.

Good news is that if Spain and England keep winning, they will meet in semi-finals, so I will support England until semi-finals (or until the end in case that Spain doesn’t qualify)

Whatever happened in the group stage doesn’t matter if you start playing well or you have good luck in the knock out stage. That means the real World Cup starts now. Below you can see the next 16 fixtures: