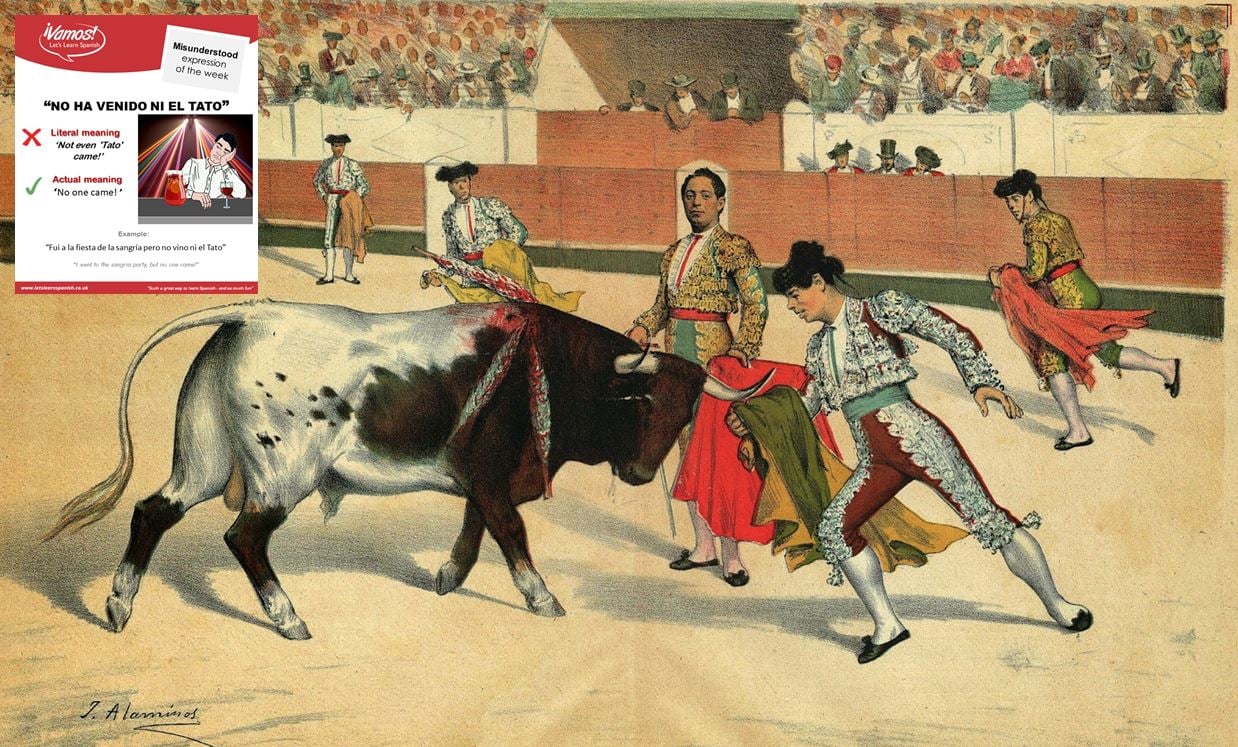 The expression “No ha venido ni el Tato” is frequently used by Spaniards when we arrive somewhere and realise that there are only a few people (or even no one!) there.

Are you wondering who is ‘Tato’?

‘Tato’ was the nickname of Antonio Sanchez, a famous bullfighter born in Sevilla in 1831.

Tato was known for his partying lifestyle – he never missed a social event! His love for partying was such that, even when he lost one of his legs during a bullfight in 1869, he continued partying and socialising as usual. 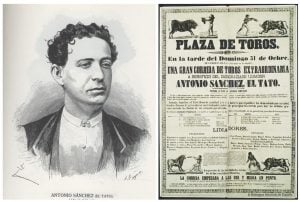 However all good things come to an end and Tato eventually stopped assisting to social events as he got older. When other people realised that Antonio was absent they would exclaim “¡No ha venido ni el Tato!”.

With time the phrase eventually became a way of expressing with surprise that a place or event which you expected to be full of people was actually empty – not even ‘Tato’ who goes to every single party was there! 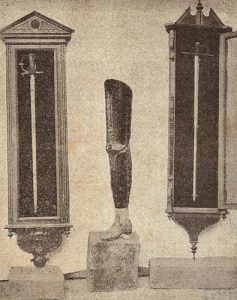 Surprisingly Tato is not only remembered for his partying ways, but also for the incidents that followed the loss of his leg.

Antonio was admired and loved by many people. After his accident he had a prosthetic leg built for him by Juan Antonio Palomo Sánchez, a shepherd from Puertollano, Ciudad Real.

Juan Antonio’s invention, which had the approval of several doctors was actually awarded a license by the Ministry of Development to be replicated and used for the benefit of other disabled people.

However news arose that Tato was in London with the aim of having a prosthetic leg built for him. Of course the news was most likely fake, but what ensued was an outraged letter sent from the village of Puertollano to the journal El Imparcial expressing the villagers’ fears that “foreign scammers” and “fake Spaniards” would plagiarise Juan Antonio’s invention, “discrediting the Spanish industry”.

The prosthetic leg was exposed at the Paris World’s Fair of 1900 (also known as The Exposition Universelle) and the letter, which has been conserved can be found below. If you would like to read it, bear in mind that Spanish in 1871 was not quite like Spanish nowadays, but give it a go and let us know what you think! 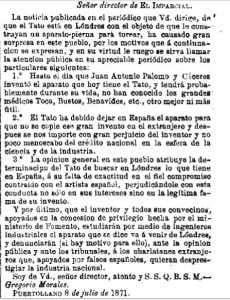 "I thoroughly enjoyed the activities we played as they involved communicating with local Spanish people and this helped improve our Spanish."
Allan Maira