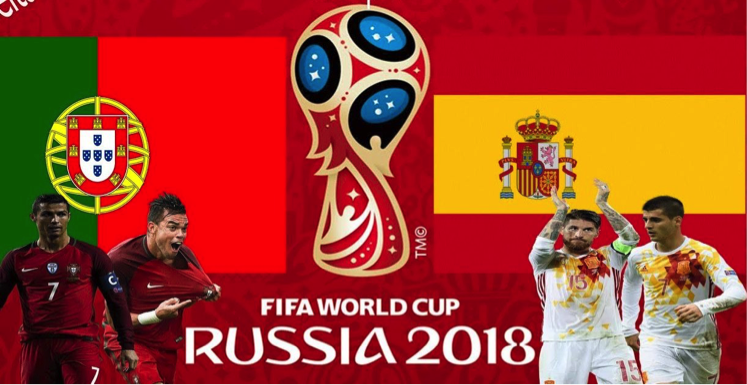 Today the World cup started, probably one of the biggest events to enjoy, especially in a big city as London where you can find people from all nationalities involved in the games.

In Vamos we support Spain!! After winning the World cup 8 years ago we still have a very good group of players and that is the reason why everybody (bets included) put us as one of the favourites to win the cup together with Brazil, Argentina, Germany and France.

Two months ago we even played against one of the favourites, Argentina, and we thrashed them 6-1.

But is it possible that in Spain everything goes smoothly? Never!! Just two days before today’s match against Portugal our manager Julen Lopetegui was sacked as a result of negotiating to become Real Madrid’s coach in the middle of the competition.

So suddenly we didn’t have a coach. Finally they managed to provide an interim just for the World cup, but unfortunately he is not very experienced.

Today, Friday 15th June, we played against our neighbours, Portugal. It was a big game as they are the last European champions. On 20th we play against Iran and 25th against Morocco. Hopefully we will qualify for next round and who knows, there is a chance we will play against England in quarter finals or semi-finals.

If you want to enjoy  future matches, here are some big venues that will screen them:

– Brixton electric: they show match + after party until 4am

– The Piano works in Farringdon.

– Roadhouse and Philomena’s in Covent Garden

I will write more blogs during the World cup to comment on Spain´s performances.