London is hosting the 13th Spanish Film Festival from 21st to 28th September with a selection of Spanish films at either the Regent Street Cinema or the Ciné Lumière in South Kensington.

Movies include the comedy-drama, La Reina de España directed by Fernando Trueba, where Penélope Cruz plays the role of a famous actress filming an American movie in the 1950s when Spain was under Franco’s dictatorship.

And Guernica, which shows the bombing of the Basque town of Guernica, later immortalised by Picasso.

For more information about the Festival please check the link below. 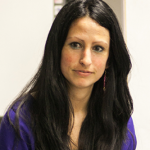