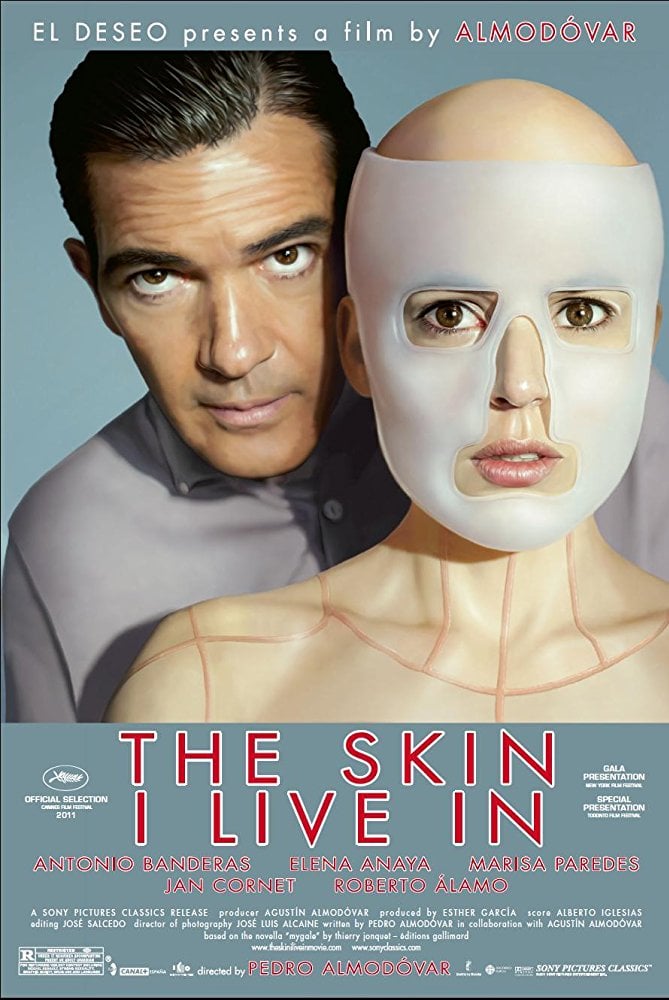 Do you miss our cinema nights? I do. But do not worry, it is coming. As we were doing some other social events and also Easter was on the way, we haven´t been able to organise a movie night earlier. But finally the night has come and we will see each other enjoying pizza and a drink on Friday 11th May.

It is great to see how students are so happy to take part of different social activities that the school is putting too much love to organise; so big thank you for coming and make it possible. If you want to see how great they are, follow us on Instagram.

Next week we decided to play a movie called “La piel que habito”, in English was translated as “The skin I live in”

“La piel que habito” is a bit different from the movies we have already seen, because it is a drama thriller. The film is from 2011 and the director is our most international and awarded Spanish director, Pedro Almodóvar. Not only is the director very famous but also the main actor, Antonio Banderas, probably the first Spanish actor to get Hollywood’s recognition.

Almodóvar and Banderas’ careers have been always linked. In 1982, Banderas caught the attention of Almodóvar, who cast him in his movie debut Laberinto de pasiones and since that movie they worked together in other three movies in the 80´s which put Banderas on the spotlight.

In 2011, “La piel que habito” marked the return of Banderas to Pedro Almodóvar. The two had not worked together since 1990 (Tie Me Up! Tie Me Down!). In this movie, he breaks out of the ‘Latin Lover’ mold from his Hollywood work and stars as a calculating revenge-seeking plastic surgeon following the rape of his daughter. The movie talks about his obsession with a woman and how we wants to create a type of synthetic skin that withstands any kind of damage.

The film gained lots of international recognition by winning the Best Film Not in the English Language at the 65th BAFTA Awards. And also for being nominated for the Golden Globe Award for Best Foreign Language Film and 16 Goya Awards.

The best thing to have an idea of this amazing movie is by watching the trailer below:

"I have really enjoyed the weekend in Asturias. It was fantastic to be part of a group on a learning based holiday. I learnt a lot and was able to practise my Spanish which was great. I really liked that there were fun activities arranged too, not just the Spanish classes. It was a great mix of both."
Catherine King