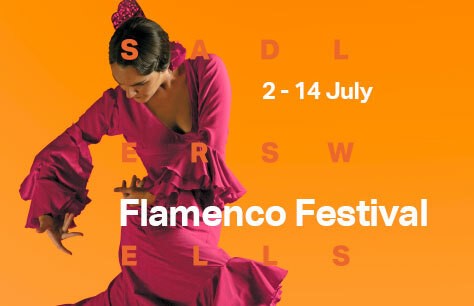 Music and flamenco in July

I hope everybody is enjoying this beautiful weather. I am sure all of you are busy with parties in the park and BBQ’s (hopefully with Spanish speaker friends so you can practise!). This is why you need to save the 9th of August, when we will be holding our second pub quiz – and we also have some suggestions of Spanish events that you can enjoy this summer.

Disclaimer: Sorry if you are a food fan, this time the article is not about food festival or drinks, it is about music and flamenco!

During the last years, Sadler’s Wells has been showing lots of shows related with Spanish culture – and I believe they were a great success because they have scheduled again two weeks of Flamenco Festival starting from today.

Start off the summer with a blast of flamenco from the most exciting and legendary names in a programme that encompasses music and dance.

This year we are lucky because the most famous flamenco dancer in Spain is coming to the festival, Sara Baras, who will be performing from the 2nd to the 7th of July.

Not convinced yet? Just look at the video below:

In Spain everybody started to hear about her last year with her first famous single “Malamente”, but in just one year this artist has gained a huge popularity, especially after winning 2 Grammy Latino and being nominated for other 3, including Best Song of the Year. 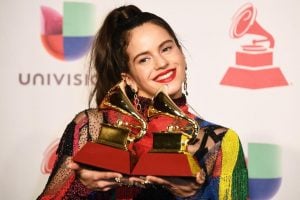 Known for her modern interpretations of flamenco music, Rosalía crossed language boundaries after receiving praise from international influencers and after several collaborations with artists such as J Balvin, Pharrell Williams and James Blake. Last weekend she even played in Glastonbury.

Not only is she a great singer but her concerts are just like a theatre performance with lots of lights and choreographies. See below a video of her performance in Glastonbury:

If you like that, you can see her in concert on Monday 15th July in London, Somerset House.

"Valencia was a beautiful city with the right amount of things to see and do for 5 days – I loved it. Paula was an excellent teacher – very welcoming, friendly and made the whole team feel at home."
Sophie Reeve