Are you passionate about music? Do you love films? Then why not mix them up with Mexican culture?

That’s why we can enjoy many different events related to Mexican culture as part of the ‘Dual Year’.

There are many events, but our two suggestions for this week are:

This is the largest independent film festival in Europe presenting a special selection of Mexican films, talks and industry events in central London from September 23rd to October 4th.

So enjoy the festival and let us know what you enjoyed the most!! 🙂

For those of you who enjoy classical and folk music, Aeon is an unconventional London based duo formed by Mexican pianist Eduardo Andrade and Finnish violinist Essi Kiiski who are performing their last extended concert on 24th September at St. Johns the Evangelist Church, Kensal Green.

Listening to music helps us learn new vocabulary and enjoy different rhythms while having fun! Just ask your teacher for some recommendations about Hispanic music and they will tell you about popular music in Spain and Latin America.

Do you already have a favourite?

To know more about Dual 2015 and its events click here 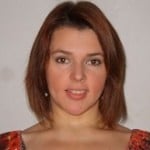 Hola chicos! My name is Carmen and I am from Córdoba, an Iberian and Roman city in Andalusia! I studied at Córdoba university where in addition to a Teaching degree, I studied Psychology and Pedagogy. Teaching is my life, it is what I do and what I love. I have held a variety of positions in the education sector including four years as a teacher in Spain and two years in the English school system. I have been lucky to work with every single age and I enjoy all of them because their specialties.

"This is an amazing way to meet like minded people, improve your Spanish and explore a beautiful town with friendly people and magnificent nature. Canoeing was awesome…"
Stefan Stoev